Season 7 is around the corner, just about a week away. My flatmate and I have been re-watching the series from he beginning, two episodes a day. I’ve been obsessed, and I suspect it’s at least partly because as someone who loves to dream up imaginary worlds and have a go at visualizing them, Game of Thrones stands as a kind of living and breathing example of the imaginative, creative, thoroughly detailed work that I want to end up doing. I can’t help but wonder about all those unsung heroes of the production, from art directors and concept artists to the costume designers and visual developers. I have a dissertation due a mere two days before the first episode of the new season airs, but most of my time these days is spent probing the visuals of the series. 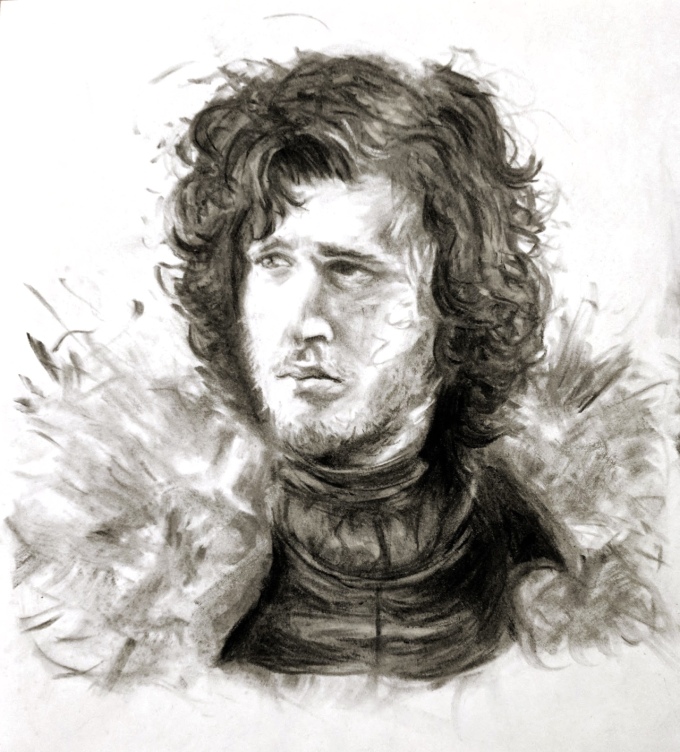 If Dany dies in the final season, I am going to be so disappointed. Not shocked, mind you, just deeply disappointed. Arguably some of the show’s highlights have centered on the dragons- the pure, mad, wildness of them, the strength, the fire, the speed, the flight. Her dragons have been a wildly liberating force for her. Or perhaps it’s more accurate to say that her dragons are a reflection of the wild strength with which she has clawed her way to freedom. She will either go on to reign as the fiercest and brightest monarch of Westeros or die an absolute legend. Either way, I just hope they don’t make her Mad Queen Daenerys. She’s too good a character to be wasted away like that.

The ‘My reign has just begun’ scene in Season 6 had better go down as one of the show’s finest moments. And the scene where her dragons first hatch at the end of Season 1… and the famous Valyrian speech in Season 3 when she frees the Unsullied. And of course the grand-sire of all epic scenes in Season 5 when a wild Drogon descends on Daznak’s Pit to rescue his mother.

And Bran Stark… that boy is being saved for something special. I personally think the ridiculous sounding theories about Bran being the Night King seem oddly plausible. OK, how telling is it that they chose to modify the Night King’s appearance in Season 6 AFTER we see what Bran’s adult face looks like? Bran in Seasons 1-4 is still boyish looking, but when we see him again in Season 6 after a hiatus, he’s grown up enough for us to assume that’s more or less what his face is going to look like as an adult. Right on cue, they quietly update CGI Night King to make his features look scarily similar to Bran’s. Look at his nose, those distinctive nostrils. Not everybody has those steeply angled oval nostrils.