These were more to warm my hands up and get into the feel of sketching again after a fairly lengthy  hiatus, so I went with something interesting- Ser Bronn of the Blackwater from Game of Thrones, who I’ve always thought has a very sketchable face, as befits a sketchy character. I’ve never been particularly fond of him, despite his quips winning over a lot of the fandom. The thing that really did it for me was from early in the series, when Tyrion asked him if he would kill babies without question and he replied no, not without question, he’d ask how much first. Tyrion seemed sickened, and so was I. I don’t hate him, but he hasn’t got half the gravitas of his buddies Jaime and Tyrion. 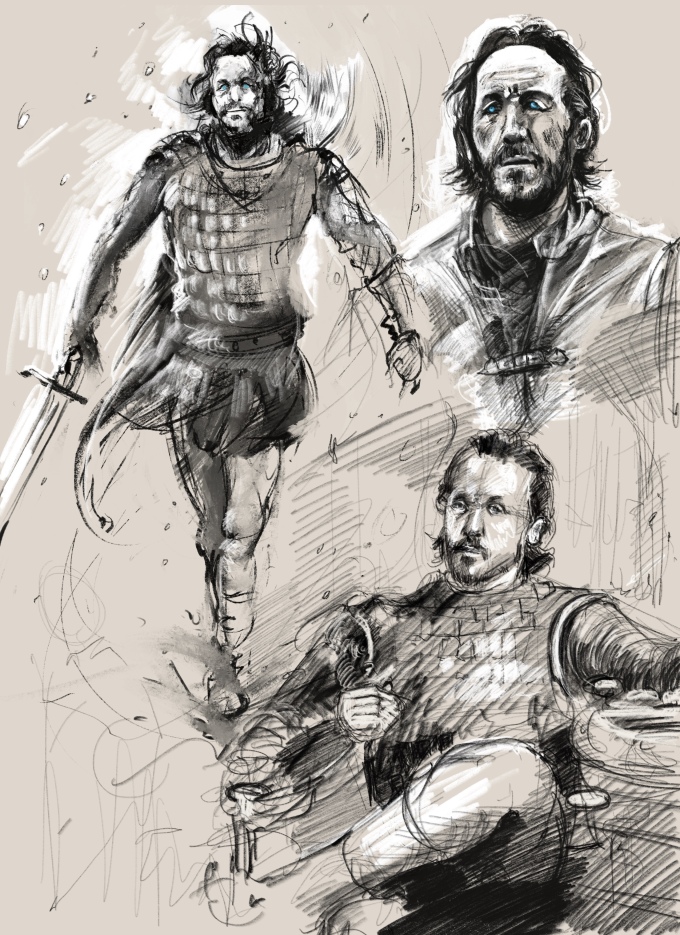